Today Phase One announced the next step in the evolution of their camera platform with the XF IQ4 150MP system. 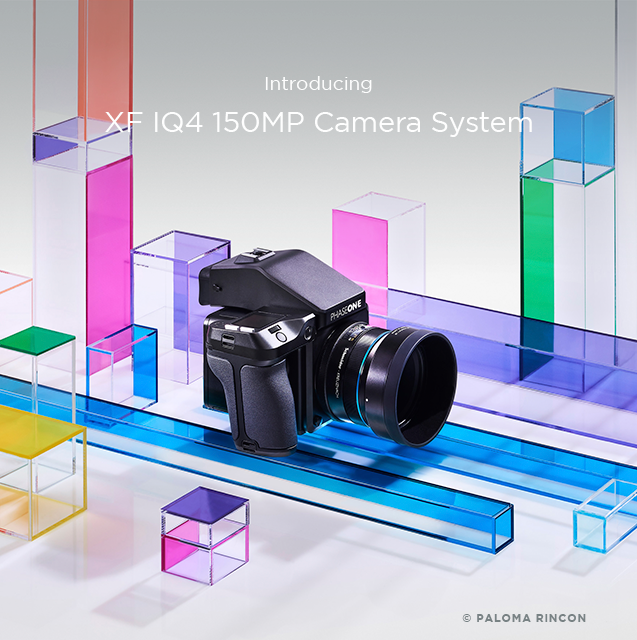 - beyond the updated digital back platform, which we will go over in just a little bit, is the new Sensor. Phase announced their newest imaging sensor inside the IQ4 150 digital back and it’s an upgrade in both size and technology. The Sony sourced 151 megapixel sensor is a Back Side Illuminated (BSI) sensor and while this technology has been around in smaller formats for some years, this is the first time we have seen it applied to a medium format sensor. A BSI sensor has the electronics and wiring on the bottom of the sensor under the photodiodes, as opposed to the between the micro lens / color filter array and photodiodes. This allows for a cleaner transmission of light to those diodes. The benefits of this are better light gathering ability, a faster frame rate and improved colors that are natural and realistic. 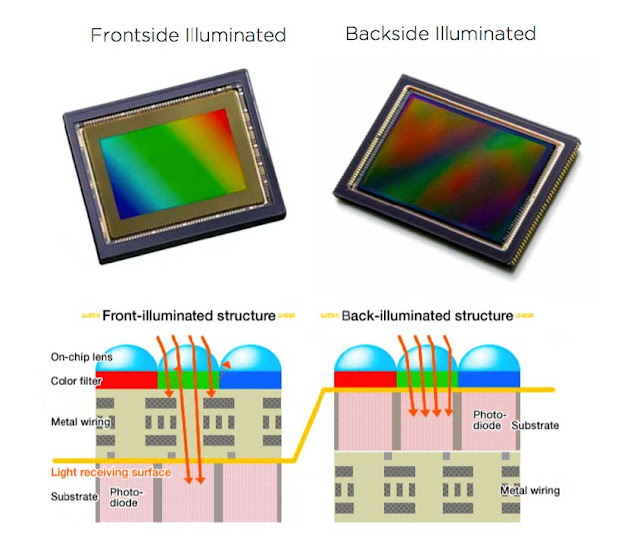 This is exciting for digital medium format imaging to enter this arena. We are poised to see image quality improve quite a bit from here. Some of the specs for the new sensor can be found below: 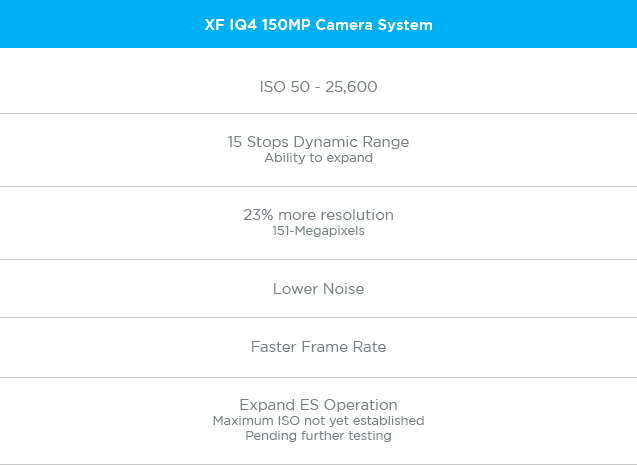 The new 151 megapixel sensor is not the only change here, the IQ4 platform is entirely


new. The IQ series of backs have had a good run, and saw minor tweaks since their introduction in 2011 but the underlying architecture has remained fairly much the same throughout. The IQ4, however, is a complete rewrite internally adding new features, functions, speed and reliability. Built upon the new Infinity platform the IQ4 is a new capable powerhouse. With this new architecture underneath the platform’s operating system which was written with reliability in mind, as well as speed and upgradability. We should see a more dynamic development cycle enabling more changes on a quicker time frame. 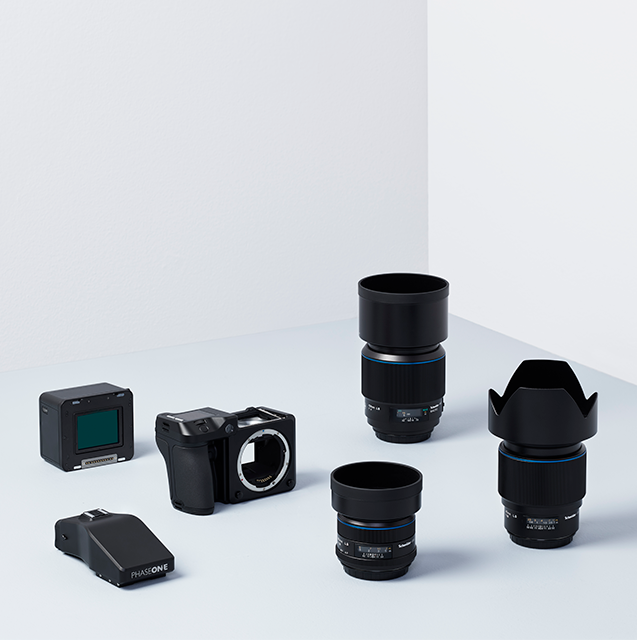 The biggest thing to note off the bat, that can’t be seen easily such as new port types,
and a different media door, is that Capture One software technology is being built into the


back. What does this mean for the end user? Well, with software in the same place as hardware you’ll have a more streamlined process. Have a favorite Capture One style? You’ll be able to apply those directly while shooting. This will be the first noticeable feature, but soon as the development cycle progresses we should be able to see in camera image processing, color editing and luma adjustments to name a few. We should also see faster and higher quality previews as the C1Pro image core can directly convert these images in the back on the fly the same way they would on a computer. Swipes and gestures are coming as well to the touchscreen, which will be a welcome addition to smart phone users everywhere.

In addition to the software integration; connectivity and media recording have also
received an upgrade. While firewire had a good run on Phase One cameras we can finally wave goodbye to it’s connection type and welcome in some new options. First, we have USB-C connection for fast tether speeds, next is Ethernet for long runs and even over a network. Finally they mention that WiFi tethering will be an option. It remains unclear at this point in time if the camera will be released with this or if it is a future function, we’ll have to wait to see once we have demo models to give this a whirl but it should be an exciting prospect for those who want to cut the cord. Keep in mind transfer times won’t be the swiftest coming from a 151 megapixel sensor and will depend highly on your local networks speed and reliability. 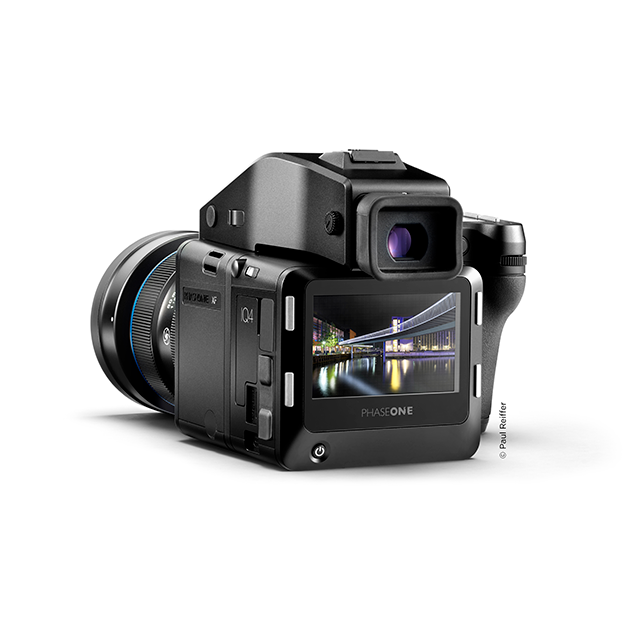 In terms of removable media, the camera comes equipped with two slots: one for XQD
and the other for SD. XQD was introduced for speed and SD as it is a card type pretty much all of us have and can be found most anywhere in the world. The XQD slot is CFexpress ready, so when the time comes a simple firmware upgrade will unlock the ability to use that card type helping the camera keep up with the times. Another benefit of the Infinity platform.

The focus for Phase One moving forward with the IQ4 is full frame medium format: the
only imaging sensors being offered are the new 151 BSI sensor in two flavors, your standard color as well as the specialized IQ4 150 Achromatic, as well as the IQ4 100mp Trichromatic. We saw the Trichromatic introduced last year and its good to see that development in a new housing. The IQ4 series cameras will all come with 5 year value added warranties, these include a loan unit if yours should ever need to go in for service. This is a fantastic bit of service for the professional photographer on a system that’s already been quite stable and is touted to be even more so with the new Infinity platform. 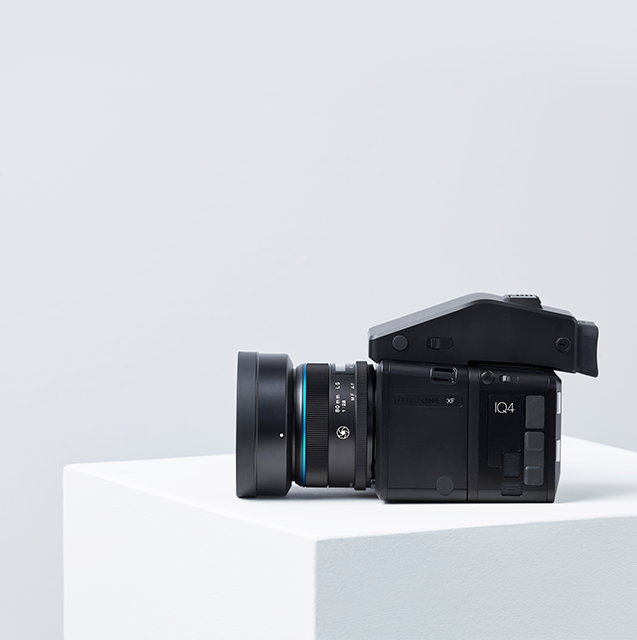 The IQ3 series of cameras will still be around in in 100mp and 100mp Achromatic
flavors. The venerable IQ3 50mp sensor will be around in limited quantities while supplies last as a new camera. Other options will still be available a Certified Pre-Owned (CPO) camera backs and full systems. Both IQ3 and all CPO cameras will be offered with a 1 year warranty and do not include any loaner.

GET HANDS-ON WITH AN XF IQ4 150MP CAMERA SYSTEM 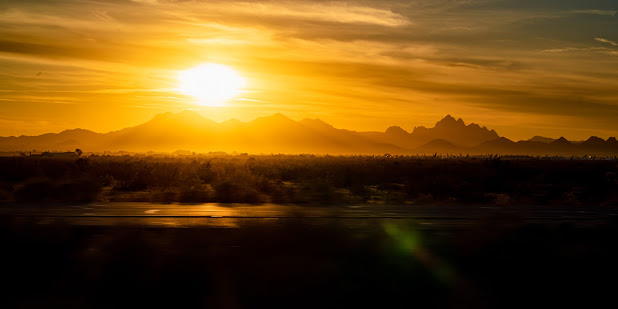 CREATIVELY COPING IN COVID Customer Feature: Alyssa Meadows, Civic/Social Documentary Photographer   Just outside of El Paso, TX on the road When COVID came crashing down on the photo industry in 2020, no one knew when or how work would return, or how to navigate these new socially isolated waters in the interim. Rather than allow a pandemic to halt this talented creators’ endeavors, she sought out safe ways to utilize the time wisely rather than just wait it out, and took her projects solo on the road. We are honored to feature Alyssa Meadows in this blog post as she takes us through her personal projects and journey she embarked on in her own words. In addition, we conducted a social distanced interview that digs deeper into Alyssa's passion for photography .  Black Lives Matter Mural in Atlanta, GA When the pandemic struck, we all found ourselves in the same boat; forced into inaction, unable to work, and uncertain of pretty much everything. Suddenly, we were met with a societal

Phase One has released their newest camera: The XT - a fully integrated, compact, digital field camera that incorporates their powerhouse backs, the IQ4 150mp , IQ4 150mp Achromatic and IQ4 100 Trichromatic in conjunction with Rodenstock HR lenses in a seamless user experience. The camera body incorporates 12mm of lateral shift both left / right as well as rise / fall allowing you to create stitched panoramas with outstanding lenses known for their resolving power and contrast even at large apertures. Previously when using a technical or digital field camera equipped with Copal shutter lenses you were required to use cables to have all pieces in sync and communicate. This proved cumbersome and difficult especially if a cable failed or your forgot to pack it. This newly designed system carries all communication from back to lens through the camera system, doing away with all cabling, thus making the system much more simple.  All controls for ISO, Aperture and S 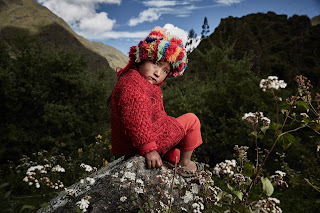 Karolina Wojtasik @kw__photo With everything going on in our city right now we wanted to focus on our photographic community by sharing and acknowledging the work of one of our clients and friend of Foto Care, Karolina Wojtasik. Her work spans across documentary, portraiture and commercial photography.  Karolina agreed to answer a few interview questions for our blog as well as share some of her images.  We hope you enjoy this piece and feel free to share it amongst your peers! ❏ Tell us about yourself / fun anecdotal information you’d like to share. Karolina Wojtasik works in New York, Los Angeles and across the globe. Most recently she shot her signature portrait series in Peru, Argentina, Siberia, Africa, and India. She specializes in Portraits, Entertainment, Advertising and commissioned photography. Her  work has been featured in key art campaigns for leading television networks and magazines.  Her portraits are featured in high-end personal collections. In